081 – Illuminiti: The Cult That Hijacked The World 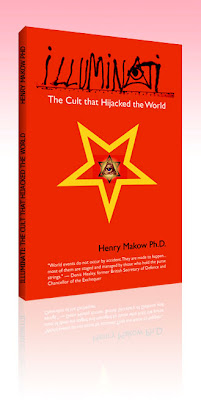 WE ARE UNDER OCCULT ATTACK

Bizarre and incredible as it sounds, humanity has been colonized by a satanic cult called the Illuminati. This cult represents Masonic and Jewish bankers who finagled a monopoly over government credit which allows them to charge interest on funds they create out of nothing.

Naturally they want to protect this prize by translating it into a political and cultural monopoly. This takes the form of a totalitarian world government dedicated to Lucifer, who represents their defiance of God.

Thus, the people who hold our purse strings are conspiring against us. To distract and control us, they have used a vast occult network (Freemasonry) to infiltrate most organizations, especially government, intelligence agencies, education and the mass media.

We are being re-engineered to serve the Illuminati. They undermine institutions like marriage and religion, and promote depravity, dysfunction, corruption and division. They have orchestrated two world wars and are planning a third.

Henry Makow describes this conspiracy and shows how human history is unfolding according to Illuminati plan.

“The Luciferian Principle is the art of concealing darkness in light, war in peace, and finally, bondage in liberation from self-restraint. In this way, a people are seduced into embracing their own destroyer.” (Eliezer)

“Political Zionism is an agency of Big Business. It is being used by Jewish and Christian financiers in this country and Great Britain, to make Jews believe that Palestine will be ruled by a descendant of King David who will ultimately rule the world. What delusion! It will lead to war between Arabs and Jews and eventually to war between Muslims and non-Muslims. That will be the turning point of history.” (Henry H. Klein, “A Jew Warns Jews,” 1947)

“There have of old been Jews of two descriptions, so different as to be like two different races. There were Jews who saw God and proclaimed His law, and those who worshiped the golden calf and yearned for the flesh-pots of Egypt; there were Jews who followed Jesus and those who crucified Him…” –Mme Z.A. Rogozin (“Russian Jews and Gentiles,” 1881)

“Henry Makow is extremely dangerous. Because he is so bold and original, his ideas provoke—dare I say it—thought. Dr. Makow thoroughly explains the conspiracy for world government. That is why it is trying to shut him down. Read this book!” –Alan Stang.

Over 60 Key Articles, Forward & Introduction “The Cult that Hijacked the World” 240 pp.

“Bought your book a few weeks ago…Thanks for your work. It is a masterpiece! God Bless,” — Pastor Bob

The Canadian Jewish Congress has demanded that these articles be suppressed by the Canadian ‘Human Rights’ Commission.